From NotableWiki
Jump to navigation Jump to search

Lindsey V. Brooks is an American businesswoman best known for the development and sales of direct response consumer products and her role in television commercials. She is the founder and CEO of Boardwalk Holdings, an international product development, marketing, and distribution company based in Seattle, Washington. 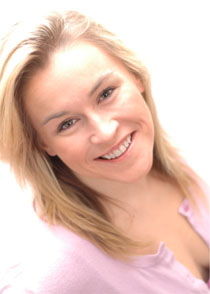 Brooks was born in Las Vegas, Nevada, and traveled extensively with her mother in early childhood. At 16 she earned the distinction of being the youngest sommelier certified by the London High Court of Master Sommeliers. She moved to Seattle in her late teens where she began pitching products at the popular tourist destination Pike Place Market.

Her fist self-developed product was the Dr. Groovey's Copper Massager (scalp massager), which was later distributed through mall kiosks, regional fairs, and direct response television. Brooks later developed and distributed other hair products including a polymer-clay hair wrap, ornamental hair combs, and the Crazy 8 hair clip, which was rebranded by Telebrands as the EZ Comb and sold in excess of 5 million units.

Since 2010 Brooks has been Chief Executive Officer of Boardwalk Brand, which includes new product development, marketing, and distribution divisions.

In 2019 she co-founded Instapreneur to assist product startups with early-stage product and business development.[1]